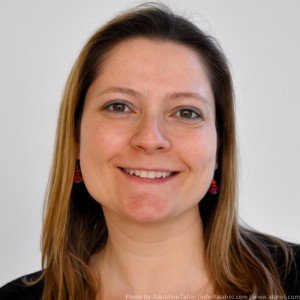 Doctorate Degree in Neuroscience, University of Barcelona School of Medicine.

Degree in Biochemistry – University of Barcelona.

My research in the Miller Lab focuses on the study of the role of dopamine receptors in the frontal cortex during learning and memory. The frontal cortex is the area of the brain most associated with higher-order cognition, and abnormal dopamine transmission in this region has been implicated in numerous psychiatric disorders. I train laboratory animals in cognitive tasks that involve learning and memory, and perform pharmacological manipulations intended to alter the normal transmission of dopamine in their brains. My investigations have revealed that a balanced dopamine transmission in the frontal cortex is critical for learning but not for memory processes (see Puig and Miller, Neuron 2012). This research might help develop better treatments for severe neuropsychiatric disorders such as depression, autism, schizophrenia and attention-deficit hyperactivity disorder.

My thesis work in Artigas Lab (Biomedical Research Institute of Barcelona) described how serotonin receptors modulate the activity of distinct subpopulations of frontal neurons in vivo (see Celada, Puig, and Artigas, Frontiers in Integrative Neuroscience 2013 for a review). During my first post-doctoral stay in the Kawaguchi Lab (National Institute for Physiological Sciences, Japan) I studied the importance of cortical brain waves in the frontal cortex and how they are modulated by serotonin and its receptors (see Puig et al., PNAS 2008; Puig et al., Journal of Neuroscience 2010).